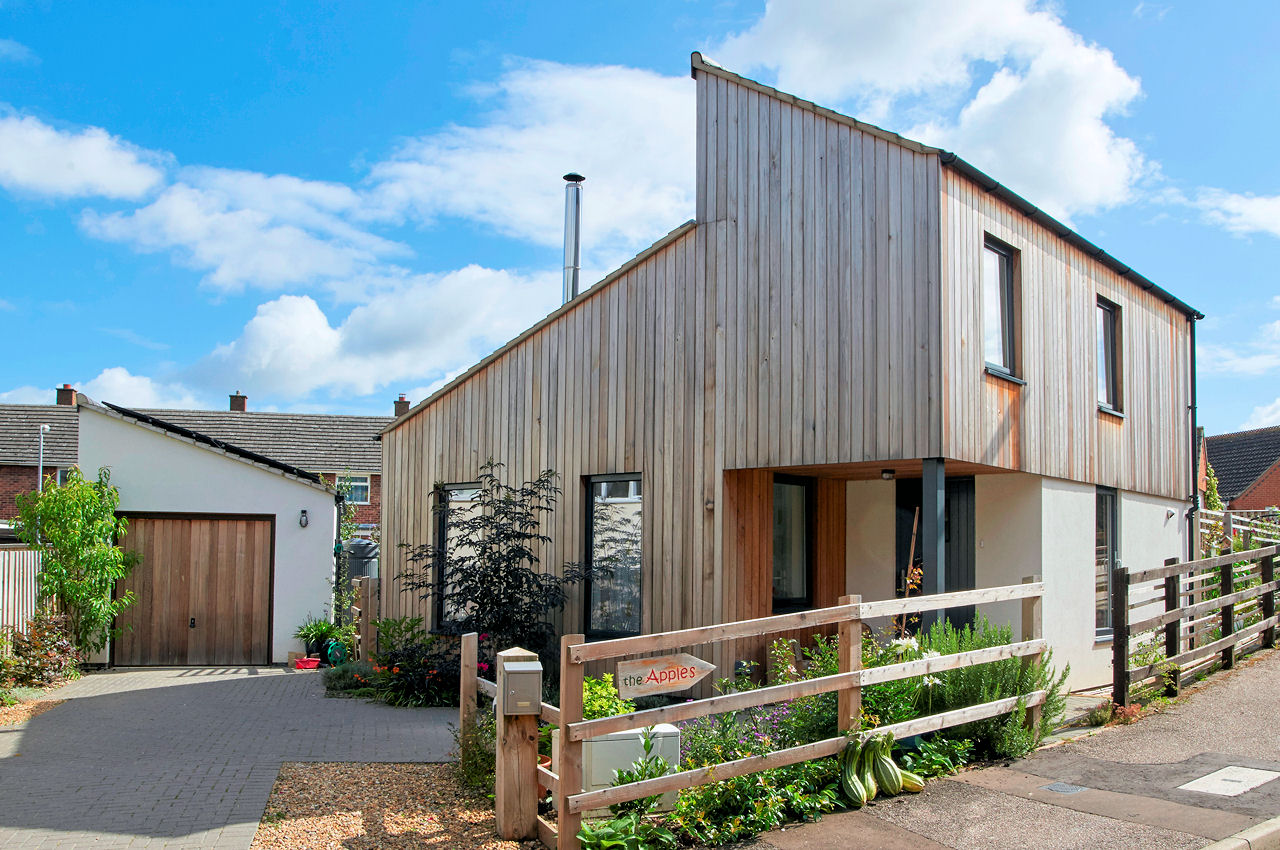 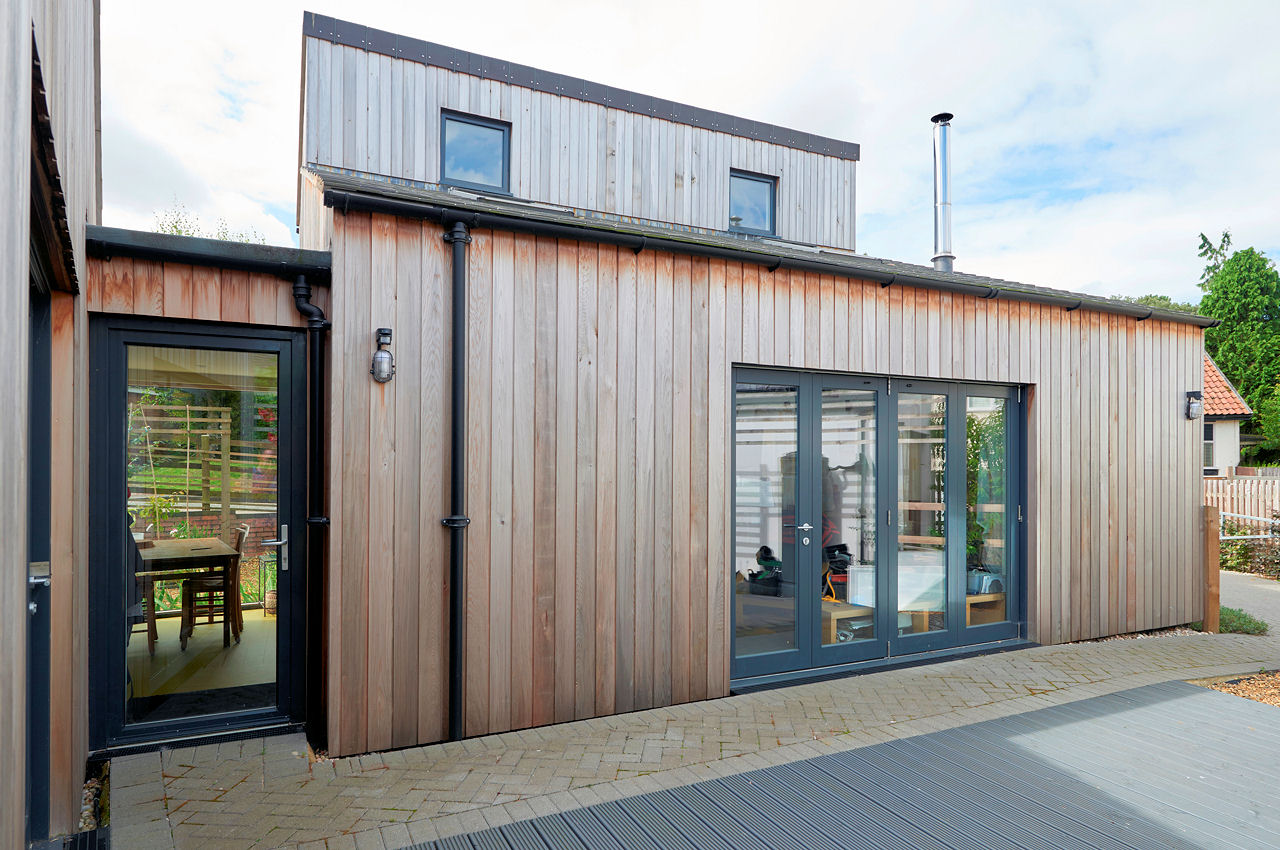 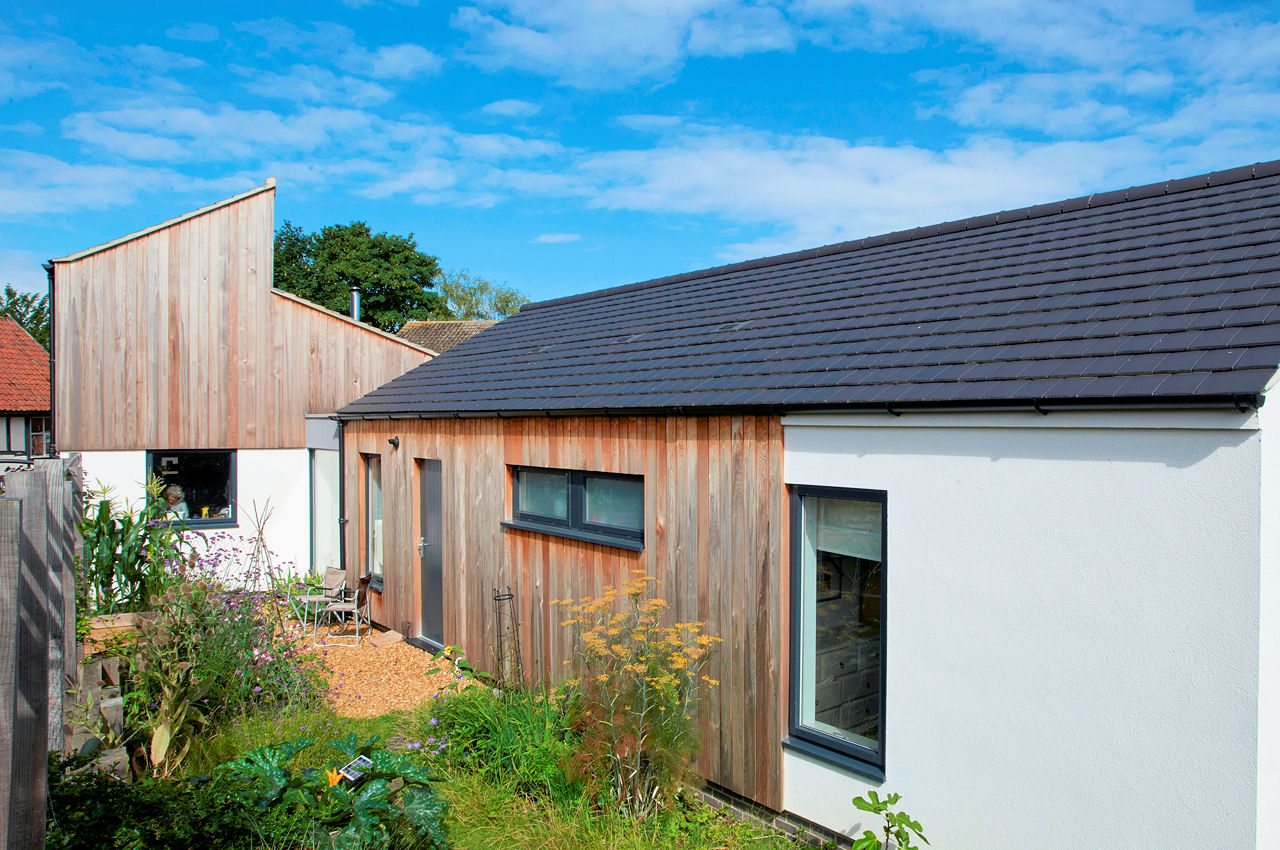 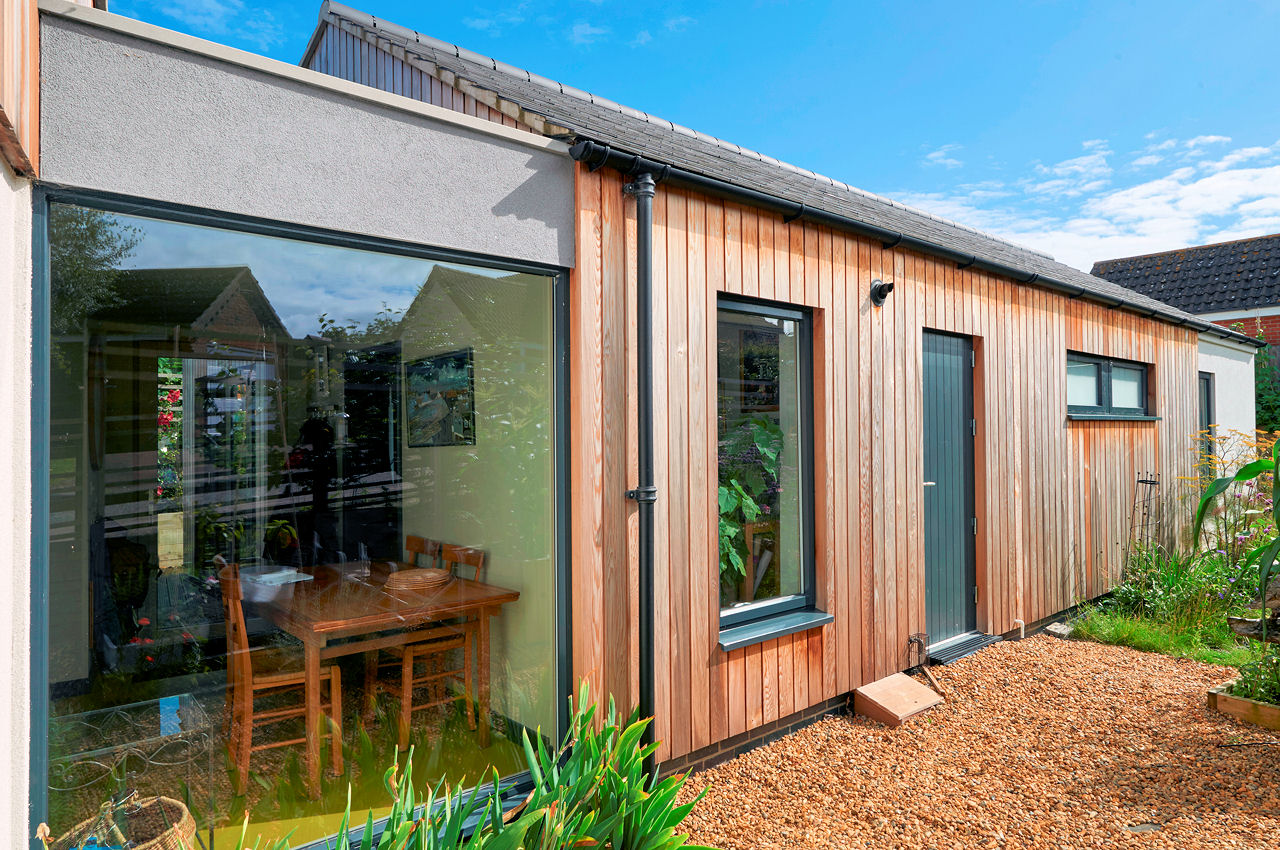 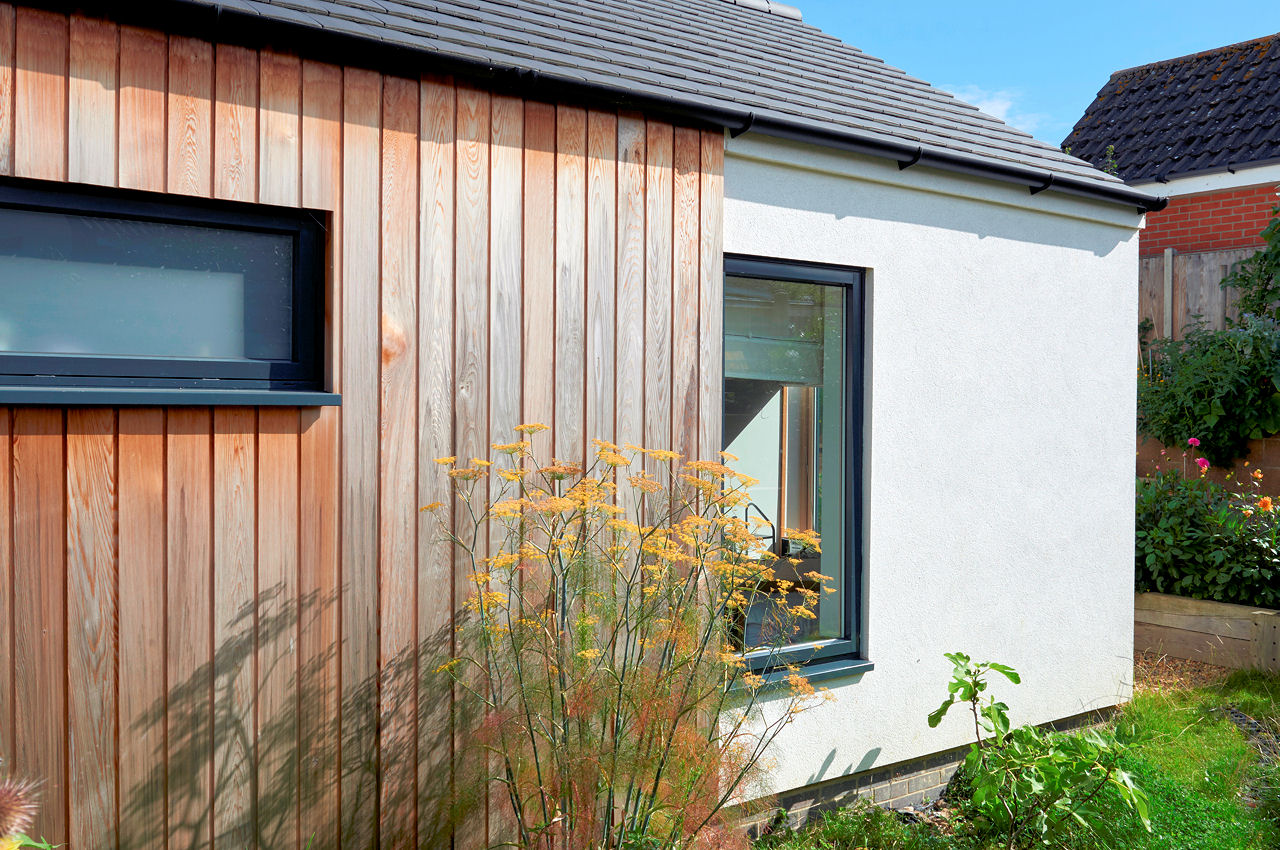 A new dwelling on an infill plot in Wymondham.

Site constraints and orientation dictated that this timber-framed house is composed of living and bedroom blocks which are expressed separately, linked and articulated at the entrance. This arrangement enables the plan depth to be minimised to suit the linear site and it enables a series of varied garden ‘rooms’ which surround the house. A separate garage completes the group of forms. The height of the living block is increased at the front to give greater presence and a Study mezzanine exploits the extra volume.

The Apples was recognised in the Design for Living category in the South Norfolk Design Awards 2017.